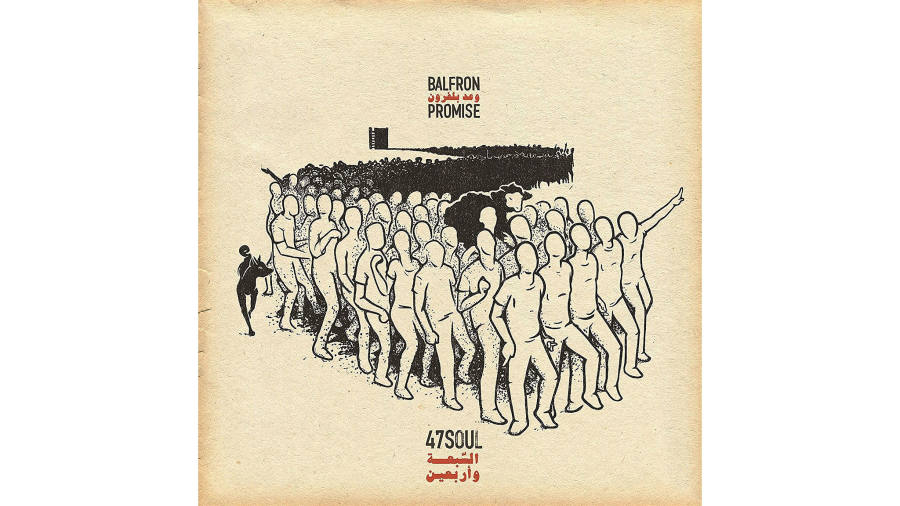 Get weekend inspiration with the best of life, arts and culture. Delivered every Saturday morning.

The Balfron Tower in Poplar, east London, is the first port of call when filmmakers need to report urban deprivation: its hallways feature in videos from Oasis (“Morning Glory”) to Wiley (“P Money “). For the past two years, it has been the unlikely home of Arab hip-hop group 47Soul.

The tenants of social housing in the Tower have all been “settled” by the developers, and we do not know when or if they will return: a parallel too tempting to resist for 47Soul (whose name refers to all its last year. members could have circulated freely through Bilad Al-Sham). Balfron’s Promise – a nod to the Balfour declaration – puts expulsions into dialogue with the Israeli-Palestinian conflict.

The music is a fusion of hip-hop, electro and traditional Arabic music – the group calls it ShamStep. Microtonal Arabic melodies sparkle and spin on electric keyboards; El Far3i’s percussion rales glitch and stutter; the soundscape whistles and buzzes.

The four members take turns singing, alternating between Arabic and English. “My people, move around / before my people get move around”, raps Walaa Sbeit on “Moved Around”, the most catchy song on the album.

The most explicitly political song, “Mo Light,” begins slowly, with a looping beat, before picking up speed as El Jehaz hits deep guitar chords. “The Semites, we go up / and I see that more people realize it”, chants the group on a reggae groove; “I don’t mind that you blind to the fact that you are killing me / but.” . . you lie when you see it. . . “

Later, â€œLocked Up Shopâ€ plays satirically with the image of a man having his hair cut in the midst of civil unrest: â€œTrim me up for a riot. And “Marked Safe” refers to Facebook’s system by which users can notify their friends in the aftermath of natural disasters and attacks.

At the end, “Ghazal (Promised Outro)”, lasting 12 minutes and more, recreates the boom in the band’s live performance: the opening ravey keyboards and fiery vocals (from Z The People) evolve. in a dark nightmare tale of roadblocks and confinement, the four singers talk to each other as the beats get more and more frantic.