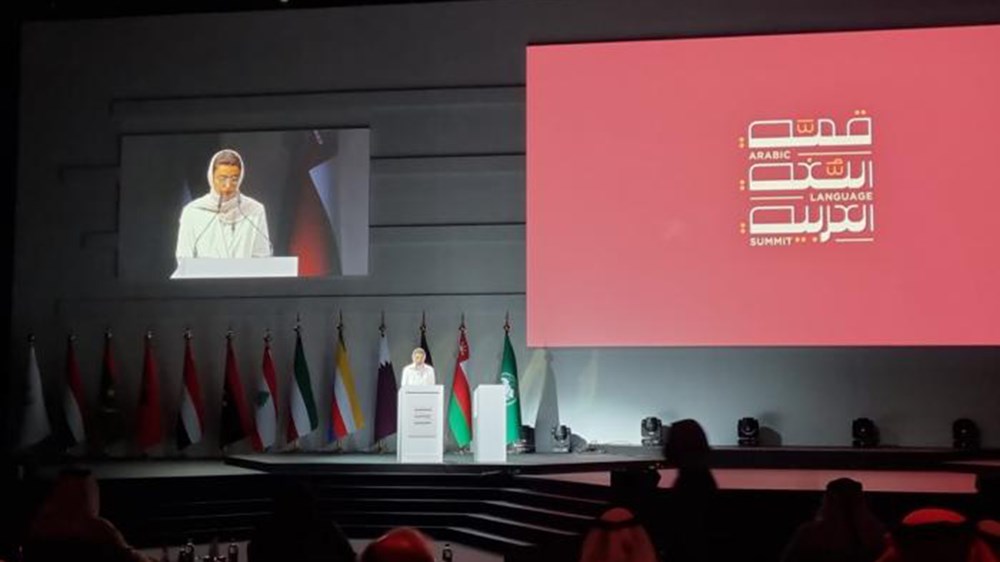 The inaugural session of the Arab Language Summit, which ended yesterday, resulted in 21 serious scientific recommendations that formulate a mandate to achieve its goals and continue its publications. The summit was held under the patronage of His Highness Sheikh Mohammed bin Rashid Al Maktoum, Vice President and Prime Minister of the United Arab Emirates and Ruler of Dubai, under the slogan â€œCommunication of communities and civilizationsâ€. On December 19 and 20, in collaboration with the Abu Dhabi Arabic Language Center, Culture and Youth, around two thousand experts and specialists in the field of the Arabic language participated.

New view
In addition, the Minister of Culture and Youth, His Excellency Noora Bint Mohammed Al Qabi, said that the summit represents a platform for communication and dialogue, with the aim of realizing views, projects and aspirations innovative, sober and radical. Promote its use in the Arabic language and across various specters in all Arab communities, the most important of which was the UAE Declaration on the Arabic Language, the policies of which were recognized by the participants of the Arab Language Summit. Emphasizing the position of the Arabic language as a distinctive identity of the Arabic language, it stresses the importance of strengthening our culture, culture and identity, creating effective directions and new perspectives on ways of teaching and to learn arabic language. And the importance of developing programs to prepare its authors and improve their knowledge and skills and to improve Arabic content on the Internet in terms of quantity and quality.
He added that the UAE seeks to establish legal frameworks and charters regulating the relationship of the individual in the local community with the Arabic language, and considers this to be an important component of identity. national in terms of its high ranking Sheikh Khalifa bin Saeed. Al Nahyan, Head of State, God bless him, was the essence of the UAE’s relentless efforts and efforts to preserve the Arabic language and make it worthy of international recognition. He stressed: â€œThe Arabic Language Summit contains sweeping scientific recommendations that form a mandate to achieve its goals and pursue its consequences, and it is an honor for all of us to serve our past, present and future language of science. , knowledge, art. , culture, economy and information. Communication, and it is the language of our grandparents and great-grandchildren, is the language adopted by the Arab Summit, a wide range of recommendations that will be implemented to adapt to the context of each party, as appropriate and relevant, and in a manner that serves its national directions.

Suggestions
The inaugural session of the Arab Language Summit presented 21 recommendations:
1) Establish language policies and appoint law enforcement agencies.
2) Create Arabic language academies and promote coordination among Arab donations.
3) Adoption of the Arab Media Charter.
4) Creation of a government unit to promote Arab media content.
5) Establishment of special advisory committees: linguistics, media, economy and education.
6) Establish partnerships between the media and scientific research centers.
7) Approval of the study program in Arabic language in the media faculties of Arab universities.
8) Application of the law relating to the use of â€œArabicâ€ in public places.
9) Creation of the Arab Book Observatory and awareness of intellectual property.
10) Create an Arab law for the exchange of books and knowledge between Arab countries.
11) Encourage investment in electronic publishing and creative writing through electronic sites.
12) Create built-in rules for writing that are spoken in the story dialogues.
13) The Arabic language and the use of artificial intelligence in computer search engines.
14) Digitization of dictionaries, manuscripts, Arabic encyclopedias and libraries.
15) Organize translation efforts.
16) Join international parties to achieve the dissemination of Arabic content.
17) Creation of the Strategic Bank of Arab Knowledge for Sovereignty.
18) Creation of an institute for the Arabization of science.
19) Develop Arabic teaching programs.
20) Develop tests to measure Arabic language skills.
21) Train experts in teaching Arabic as a foreign language.

Summit sessions
During the 13 sessions, the session â€œLanguage, Culture and Paths to the Futureâ€ highlighted important topics as it sheds light on the reality of Arabic language and culture in a world where digital change is taking place. accelerated. Our language and culture are evolving and the most important efforts and measures to be taken to shape the new future of the Arabic language and the mechanisms of cooperation between the responsible authorities of different countries were discussed. The future of the Arabic language.
The session “National policies for the Arabic language” highlights the need to update the law on the Arabic language based on policies and laws, while broadening the impact of the applicable law, its decisions and its best practices Arabs with the aim of improving the legislative framework. Legal texts covering all fields of linguistic applications and applications, in step with the evolution of technologies and digital transformation. In order to crystallize the legislation that supports the Arabic language as the language of modern and advanced knowledge and science, â€œTranslation is a language. The Bridge for Civilized Communication â€discusses the strengths and opportunities that Arabic literature offers for the study of linguistic arts and its aesthetics, and translates into the communication of civilizations and cultures. Talk about the big role.
During the session â€œArabic Language and Educationâ€, the status and future of the Arabic language report, new approaches to improve the Arabic curriculum and ways to improve and integrate these approaches through new initiatives to develop the Arabic curriculum were discussed. Train teachers with the aim of connecting the needs and interests of learners with the Arab world and establishing a future reality that will improve the status of the Arab world.
The â€œArab Language and Technologyâ€ session dealt with the most important issues of technology in the use and teaching of the Arabic language and its programming disciplines, in light of the challenge of content competition in digitization. Arabic content in the digital space. In particular, the session on â€œArabic Content on the Internet: Challenges and Opportunitiesâ€ captures the highly influential and fast-paced digital space for individuals in various communities, as well as benefiting from the enormous technological capabilities that the Arabic language Internet offers. To some extent, in order to improve its position, it faces the challenges of maximizing its benefits from open databases, electronic publishing media and interactive systems. This session highlights the challenges and opportunities inherent in the presence and effectiveness of Arabic content on the Internet. , And how to use them to improve and enrich the Arabic language.
The session â€œThe relationship of young people with the Arabic languageâ€ highlighted the weak relationship of Arab youth with the Arabic language and underlined the relationship between Arab youth and their mother tongue. New relationship in the future.
Poetry has a place in the “Poetry Rise” session, where poets meet at the height of the Arabic language, to convey the message of love for their language and identity, and to create their own vocabulary that expresses their inspiring role. in language appreciation. . Celebrates its meanings and emotional contents.
The summit also hosted the launch of the “100 Books and Books” for the Abu Dhabi Center for the Arabic Language, which discussed the existence of Arabic in the twins between the Arabic language and the arts and the emergence of several international dictionaries. Languages.
When the Arabic language teachers gathered in a special session, the emphasis on teaching Arabic in the mother tongue and non-indigenous communities was highlighted by the presence of teachers from many authorities in the country, and to promote the personal experiences of academic staff. Dealing with the priorities and thought patterns of the students, they reviewed what they want to achieve from the Arabic language goals involved in their university studies, as well as the most important teaching methods and methods.