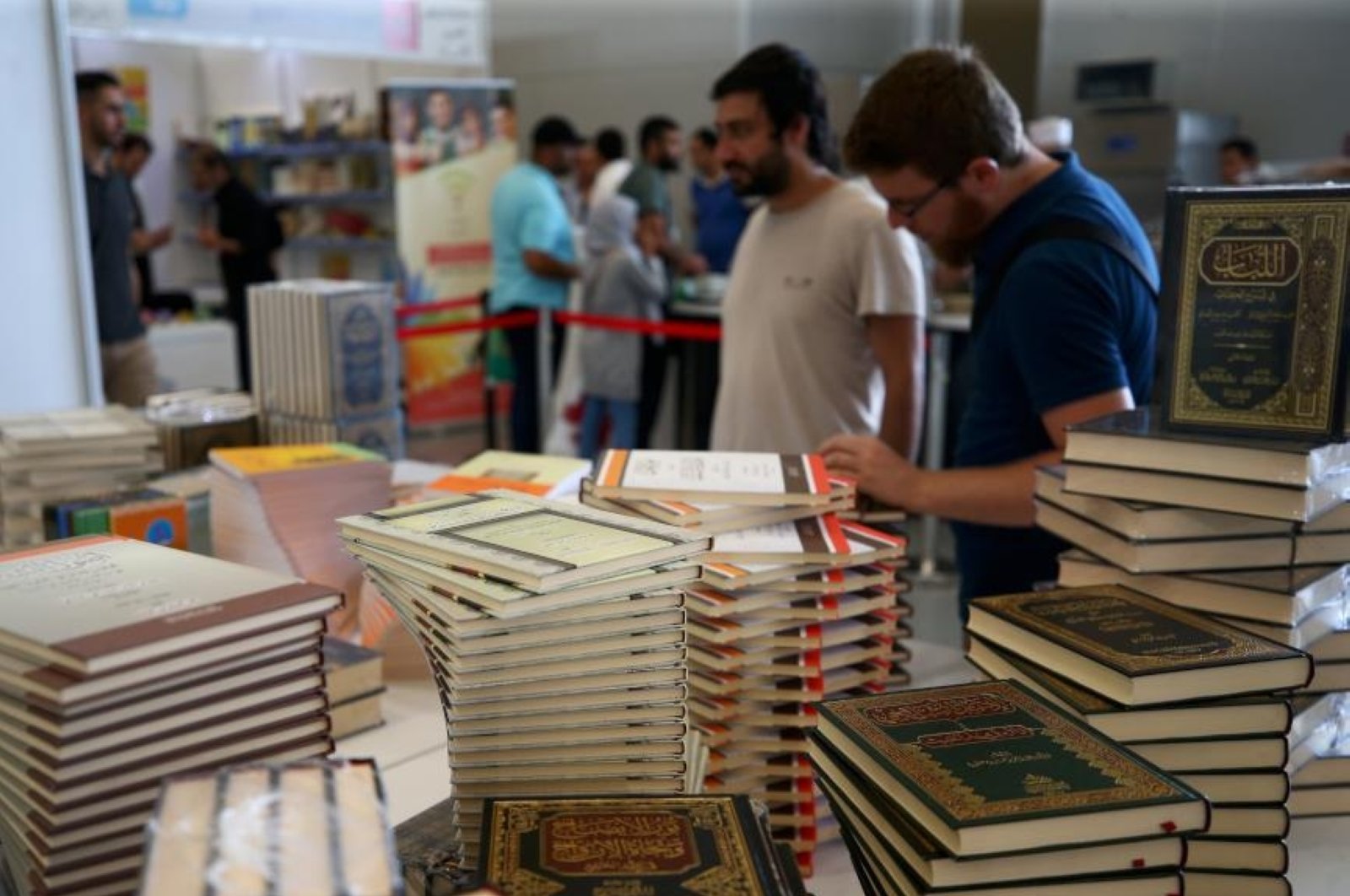 Turkish and Arabic, although coming from two very distinct linguistic families, are intimately linked to each other by borrowed words. Turkey has historical ties with countries where Arabic is the primary language, but for years Arabic language education was mostly confined to religious education in the country. However, this has rapidly changed in recent years.

“Arabic is heard everywhere in Turkey because it is the language of the Quran. It is also the language that brought us Islamic civilization and knowledge,” says Abdüs Samet Koçak, research assistant at Fatih Sultan University. Mehmet from Istanbul and researcher. Arabic teacher. It is “part of Turkish culture” as it is spoken by Turks in the south of the country, Koçak added.

December 18 coincides with the day in 1973 when the United Nations General Assembly adopted Arabic as the sixth official language of the organization. Turkey observed several events in commemoration of the day. On Friday, the Department of Foreign Languages ​​at Ankara-based Gazi University held a program featuring skits, songs and poems recited in Arabic. Several events were held in various universities, imam hatip schools (which are at the forefront of Arabic education) and other civil institutions to celebrate the Arabic language.

“Students are preparing for these celebrations with pride, just for the chance to deliver a speech in the classical Arabic language,” Koçak told Anadolu Agency (AA). “No foreign language has ever received the same attention as the Arabic language in Turkey, which makes me think that the government does not consider Arabic as a foreign language in Turkey. Turkey has also opened the doors to Arabic teachers to work in public universities in an unprecedented move in the history of Turkish universities,” he added.

The theme of this year’s World Arabic Language Day – “Arabic Language, a Bridge Between Civilizations” – was defined by UNESCO as a call to reaffirm the important role of the Arabic language in connecting people through culture, science, literature and many other fields.

On December 7, a memorandum of understanding was signed between Fatih Sultan Mehmet University and Doha-based Qatar Debate, a member of the Qatar Foundation, to establish an “Arab Debate Center” in Turkey. The agreement also provided for the organization of the first “This championship attracted 20 teams from different universities in Turkey, which indicates how much interest universities and students have in the Arabic language,” Koçak said. noted.

Over the past five years, Turkey’s various Arabic debating teams have won three international high school debating competitions held in Qatar. The last victory dates back to April 2021, when Istanbul-based Beyoğlu Anadolu İmam Hatip High School won first place in the 5th International School Debating Championship, held online due to COVID-19 restrictions. Emir Maruf Satır, a member of the winning team, told AA that participating in the Arab debates “opened up wide horizons for him” and benefited him in many ways.

“The Arabic debate gave me the chance to learn and improve my Arabic language skills and taught me the ways of group discussions, listening skills and collective thinking. This experience made me a broad-minded person, paying more attention to the problems of the world and the Islamic nation,” he said.

Satır, who also received the best speaker award in the debating competition, said that although he is still at the beginning of learning Arabic, he is still looking to participate in various programs related to the language. , such as debates, activities and seminars. He also participated in the OIC Model Islamic Cooperation Youth Forum (ICYF), which was organized in April 2019 in Istanbul.

Model OIC is an academic simulation of the Organization of Islamic Cooperation (OIC), which aims to educate participants on current trends in the theory and practice of international relations, effective communication and multilateral diplomacy.

“During the pre-school year, I went to Jordan for nine weeks on an intensive program to improve my Arabic language skills and practice it with native speakers,” Maruf said. However, with the strong presence of Arabs in Turkey, especially in Istanbul, “I can now practice the Arabic language on a daily basis, especially in places where there is a large Arab population,” he added.

The Arabic language is one of the most widely spoken languages ​​in the world, used daily by more than 400 million people.

Koçak said interest in learning the Arabic language has increased in Turkey in recent years due to the rapprochement between Turkey and Arab countries. He said that there are a large number of schools that teach Arabic as a second language, in addition to “the opening of faculties of Islamic sciences and Arabic literature in many Turkish universities which also offer a preparatory year in Arab”.

Keep up to date with what is happening in Turkey, in its region and in the world.