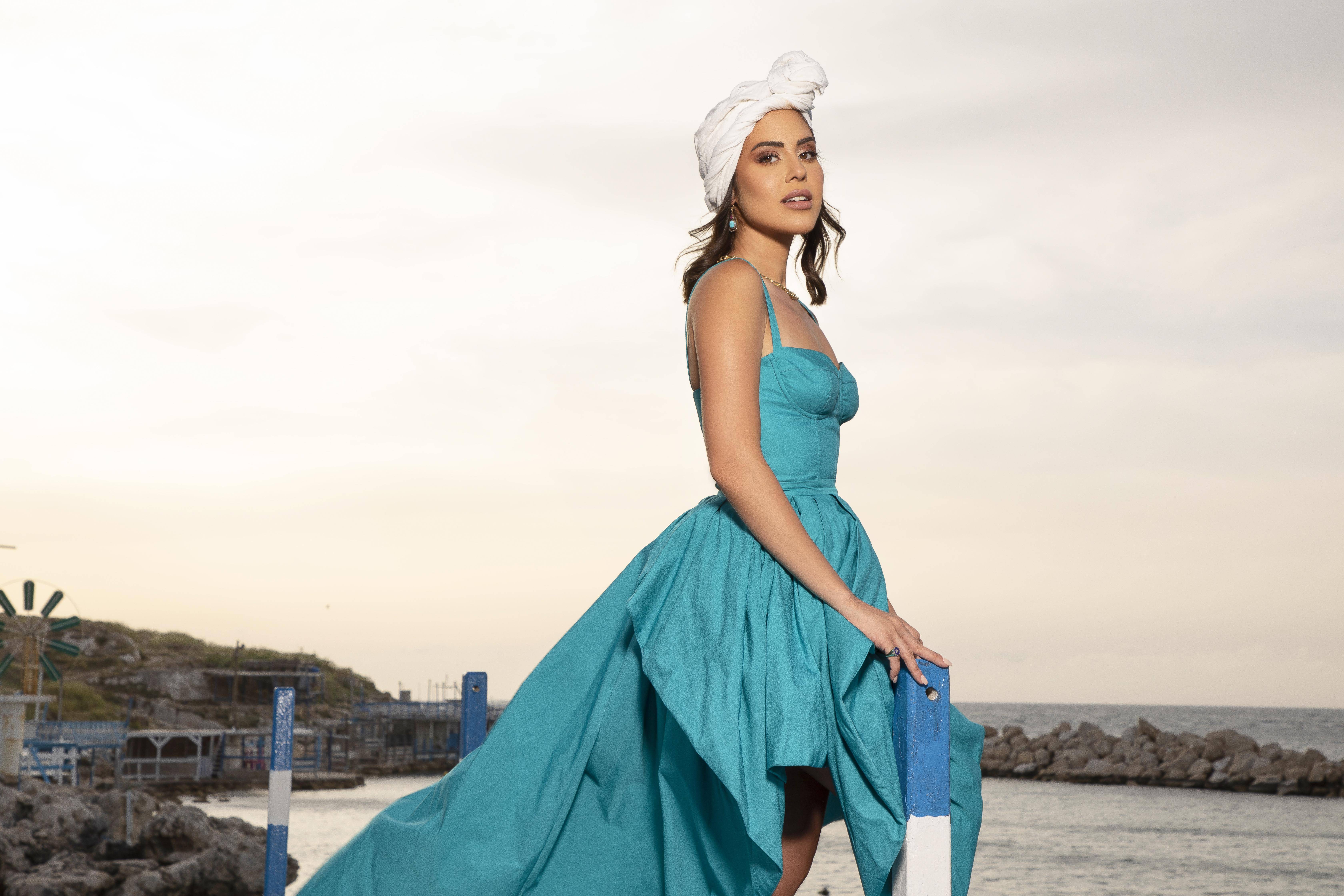 Bahraini-Palestinian singer and songwriter, Banah is a name to be reckoned with when it comes to music in the Middle East. She presents a style of music that sets her apart from other Arab artists in the region, and her musical interpretation plays on the feeling of combining commercial elements with memorable classics. With 85.7,000 subscribers (and it’s not over) on Instagram, she considers her subscribers to be her fans, rather as a home base for everything. The 36-year-old sings in English and Arabic, as well as genres like jazz, blues, classical rock, pop and Eastern Arabic. She has also participated in key festivals in the region including Bahrain Jazz Fest, Abu Dhabi Festember Festival, Bahrain Music Festival, etc. Ask her if she remembers a time when she knew she would be an artist, and she shares a nice anecdote. â€œThe first time I realized I wanted to be a singer was when I was invited on stage with Bryan Adams at a concert in Bahrain! He did a duet with Mel C and wanted to invite someone from the audience at random and I was chosen! Being on stage in front of thousands of people and singing with all my heart was definitely the starting point for me to pursue music professionally. She has just released a single, which is already featured in several top charts as well as on numerous radio and television stations in Egypt and the Middle East. We speak to him to learn more about his journey so far.

Have you been to the United Arab Emirates? What was your favorite part of your time in Dubai?

I love the United Arab Emirates. Each time, it’s a different experience. What I admire the most about Dubai is how culturally diverse the city is and how forward-looking all industries are, especially music. There is a lot of local talent. From a foreign perspective, I always learn something new with each visit.

Can you share your experience as an artist in the Middle East?

Being an artist in the Middle East certainly has its challenges. Perhaps the music industry in general is difficult in this part of the region. However, I am fortunate to be signed to an incredible label, Universal Music Mena. I feel very protected under their guidance and can gain a lot of experience from what they do in order to advance in my own personal career.

You merge different kinds of music. Why do you think this is important?

I’m all about merging, especially in music. I’m a bilingual singer, so I also think that merging different genres creates some interesting sounds, although all of my singles are in Arabic. Before the pandemic, I created a short concept called Music of the East and the West, in which I merged Eastern and Western classics. Personally, it’s something that I really love to do, and I think it’s important to make Arabic music known globally.

Could you compare the UAE art scene with that of Bahrain?

I think the UAE arts scene is larger, given that it has a larger population as well. There are more opportunities to perform. However, Bahrain has a collection of amazing talent and musicians and it is definitely a good place for me especially when I started in the music industry.

Where would you say your first inspiration came from?

My first musical inspirations came from English and Arab circles, from legends like Ella Fitzgerald, James Brown, Frank Sinatra and Aretha Franklin. Listening to all these names, I would also have Umm Kulthum and Fairuz on my playlist.

Do you play an instrument? If yes which one ?

What aspects of musical creation are you involved in?

All of my music, with the exception of my previous track, was written for me. However, I am still heavily involved in the creative process, it is still my vision in terms of lyrics and melody. I try to choose concepts and subjects, which relate to what I am going through.

What does a day in the life of Banah look like?

The absence of events is probably the one and the biggest factor that has changed; no rehearsals and more evening time for me. However, I have never stopped releasing music or shooting music videos over the past year or so. A typical day is a balance between taking care of my children, who are currently homeschooled, and my music business.

Tell us about your upcoming projects.

I just released a song Sa7ya Ray2a, written by one of the promising composers of the Egyptian music scene, Aziz El Shafei. The track has already been featured on several charts as well as on numerous radio and television stations in Egypt and the Middle East. The music video was shot in Lebanon and offers the ultimate kind of summer vibe song. I’m proud of it and I worked really hard on it so I hope people like it.

If it weren’t for a singer, you would have been …

Easy, a radio host, which I had the good fortune to do for a few years. I think that’s still the closest thing to music.

A message for singers who are just starting out …

I would tell aspiring singers, who are just starting out, not to work too hard and not to burn out. Use social media for positive work. Take away the fear and embarrassment and avoid sending random messages to strangers on social media in order to connect and network. Use the digital world to your advantage.

Your message to all the women who admire you …

If you have real passion then you have to go for it in some form. That doesn’t mean if you love music you have to be a singer right away. The idea is to take small steps in order to fulfill your passion or desire, even if it is not the complete journey. It can be as simple as music lessons or a drama class, anything to thrive you if you don’t have the luxury of going all out. Once you do this, you will find your purpose and enjoy life even more.

Your three best songs and singers that you admire.

In your latest clip, Sa7ya Ray2a, you are dressed in pieces from Pinko’s SS21 collection. What aspects of the Italian brand’s range interest you?

I’m in love with all of the brand’s outfits, especially the pieces featured in my last clip. Pinko looks great on me and it’s classy and funky at the same time. The colors are amazing, especially from the selection of outfits in the video.

85.7,000 followers on Instagram. What does this number mean to you?

I don’t consider my followers to be fans, I really consider them my army and my home base for everything! I have never bought a single follower and I am very proud of it. They are all genuine and they are really people who want to hear my music.