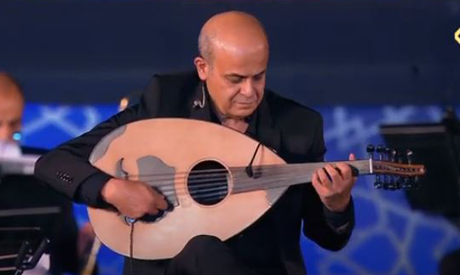 Cairo Steps posted a new video of the performance of their original composition Siwa on YouTube and Instagram on Wednesday.

Performing with the Cairo Opera Orchestra, conducted by Nayer Nagui, the concert took place as part of the Arab Music Festival (November 1-10, 2020) on the Nafura Stage, Cairo Opera House.

Siwa is one of Cairo Steps’ most popular compositions, composed by band leader and oud player Basem Darwisch. It has been performed many times in many places. The Minister of Culture, InÃ¨s Abdel Dayem frequently joined the ensemble playing the flute, one of the most important instruments carrying the melodic line in Siwa.

In the recently released video, the flute is played by Huda Abd Elazim.

Siwa is arranged for the orchestra by Mohamed Saad Basha.

Founded in 2002 in collaboration between Darwisch and German pianist Matthias Frey, Cairo Steps has performed extensively in Egypt and Germany, as well as on many other international stages.

The final blend is a unique combination of compositions from both Eastern and Western musical cultures.

One of the last Cairo Steps concerts at the Cairo Opera House was among the most popular videos released by the Ministry of Culture on its YouTube channel in April 2020.