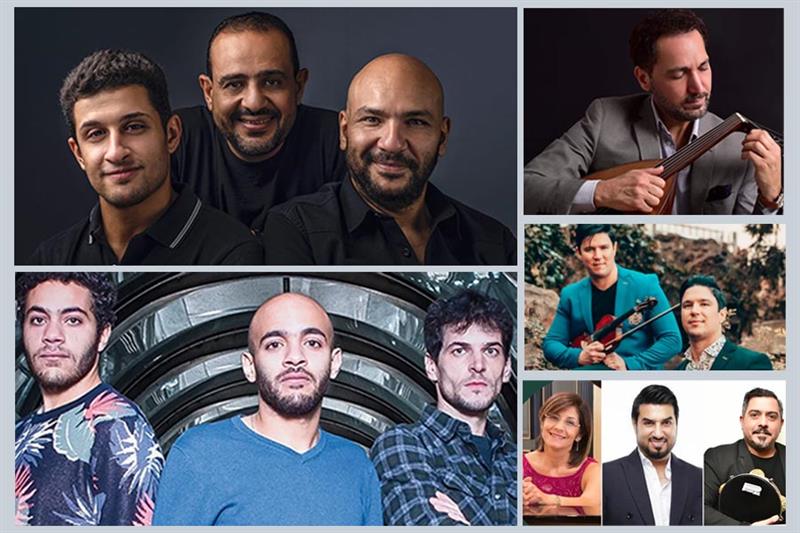 Arab Music Days runs from March 1-5 and features a daily ensemble from the Arab world.

Focusing on trios, participating artists include renowned names from the region presenting Arabic and Persian music.

Among the highlights of the program is Iraqi composer and oud virtuoso Naseer Shamma, who is also hosting the event. His trio is due to perform on March 4.

Egypt is represented by two trios: Teryola and Trio Abozekrys.

A brand new line-up, Teryola’s line-up includes Hany Elbadry on ney, Mohamed Essam on piano and Mohamed Arafa on percussion. Their concert in Germany will mark the official launch of the ensemble which mainly presents compositions by Elbadry in addition to other works.

Hany Hamed Elbadry is one of the leading Egyptian musicians specializing in playing the ney, a blown flute and one of the oldest instruments in Arab musical culture. For over three decades, Elbadry has developed a unique technique for the instrument and has composed over 100 works featuring the ney. Today, as part of teaching the ney, Elbadry continues to join numerous formations performing a variety of musical genres and adding a unique flavor to the performance.

From Shahinaz and Noun to Longa Hojaz and Jeharkah Fantasy, the Teryola will play eight compositions by Elbadry topped with arrangements of Enta Omry by Mohamed Abdel-Wahab, Just in the Memory by Mohamed Fouad and Sands by Ahmad Hassan.

Another Egyptian formation included in the program of Arab Music Days is the Abozekry Trio, founded by the Egyptian oud player Mohamed Abozekry, who in recent years has performed with different formations that often bear his name and merge the jazz with oriental tunes. Among his most recent projects is the Abozekry Sextet, with which he performed at the Cairo Opera House last January.

A graduate of Beit El-Oud (La Maison du Oud) where he studied with Naseer Shamma, and the Lyon Academy of Music, Abozekry has made several imprints on the Egyptian music scene over the past decade. In 2010 he formed a band called Karkade with which he explored fusions of popular and classical music alongside Sufi appeals and secular poetry.

The brainchild of famed Iraqi oud virtuoso Naseer Shamma, the Arab Music Days held at Pierre Boules Hall in Berlin, Germany, is a recurring initiative that in its current season has been extended from three to five days, giving the opportunity for a greater number of musicians to present their work.

Shamma’s concert on March 4 will also mark the fifth anniversary of the Hall’s opening.

Born in the southern city of Kut, Iraq, Shamma began his journey with the oud at the age of 11, then graduated from Baghdad Academy of Music in 1987. During Saddam Hussein’s dictatorship, he fled Iraq in the early 1990s for Cairo, where he founded the House of Oud, which remains the main oud teaching institution in the country to this day, extending to the teaching of oud. other oriental instruments.

Shamma has been performing in Egypt, the Arab region and around the world for many decades, catching the attention of regular listeners as well as music scholars. He has won over 60 awards, including the Royal British Academy Award for Best Artist in Iraq in 1994 and 1998 and the Rotterdam Arab Music Festival award.

The musical offering will be complemented by an online exhibition featuring works by visual artists Jaber Alwan (Iraq) and Nja Mahdaoui (Tunisia).

“In a specially produced video presentation, Omani poet Saif Al-Rahbi will read excerpts from his works. Tunisian director Kaouther Ben Hania’s Oscar-nominated film, The Man Who Sold His Skin, will be available to stream,” we read in the description of the event.