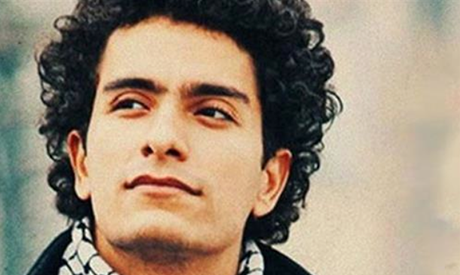 Egyptian singer Mohamed Mohsen and the Heritage Ensemble for Arabic Music, conducted by Mohamed Ismail El-Mougy, will hold a concert on Thursday in Manama, Bahrain.

The concert will take place in the Culture Hall of the National Theater as part of the Spring Cultural Festival and will be attended by Bahrain’s Minister of Culture, Sheikha Mai Bint Mohammed Al-Khalifa, and the Egyptian Ambassador to Bahrain , Soha Refaat.

Mohsen, an Egyptian singer known for his songs protesting against former autocrat Hosni Mubarak, rose to fame during the Egyptian uprising of 2011.

It happened in Tahrir Square in Cairo, the center of the protests that toppled Mubarak.

The Heritage Ensemble for Arab Music is one of the artistic companies of the Cairo Opera House, and its participation in the Spring Cultural Festival is an effort to strengthen the cultural and artistic ties between Egypt and Bahrain.

The Cairo Opera Ballet also performed at the festival.

2016-03-23
Previous Post: Peabody Consort Presents A Snapshot of 13th Century Christian, Jewish, and Arabic Music
Next Post: Visiting the author of the quirks and charms of the Arabic language