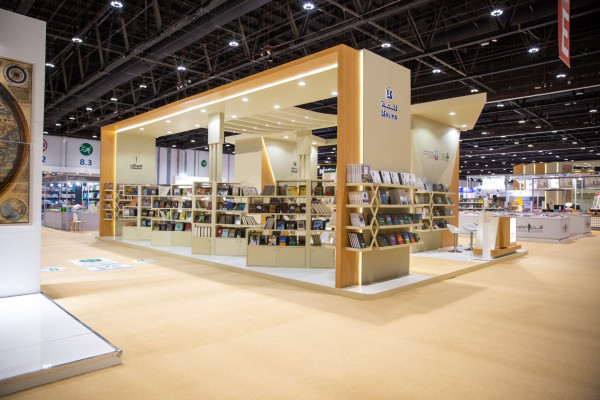 ABU DHABI, May 26, 2021 (WAM) – The Abu Dhabi Arabic Language Center of the Department of Culture and Tourism – Abu Dhabi (DCT Abu Dhabi) has announced the launch of “Emirati Treasures”, an educational initiative that part of the United Arab Emirates 50th anniversary celebrations. The initiative was launched during the Abu Dhabi International Book Fair, which takes place at the Abu Dhabi National Exhibition Center until May 29.

“Emirati Treasures” will present the achievements of the United Arab Emirates since the creation of the country by making available 100 books, published over the past five decades, which describe the major transformations of the country in the fields of education, culture, urbanization, health, economy, media and other areas. The selection will include titles written in Arabic as well as other languages.

The first 50 titles will launch soon, with a subsequent selection of 50 additional books published in the second half of the year. ‘Emirati Treasures’ will then add 15 new titles each year and translate a number of these works from and into Arabic.

Through this initiative, the Abu Dhabi Arabic Language Center will establish a benchmark for future generations to learn about the history of the UAE and the achievements of the country during its first 50 years. It will also provide a reliable archive for people of other cultures and languages â€‹â€‹interested in learning more about the UAE and its development.

Dr Ali bin Tamim, President of the Abu Dhabi Arabic Language Center, said: â€œOver the past 50 years, our beloved country has achieved unprecedented achievements in various fields and experienced remarkable growth. We want to make sure that our future generations are informed. achievements, which have been many, and have taken place since the very beginnings of the United Arab Emirates, established by our late founding father, Sheikh Zayed bin Sultan Al Nahyan.

â€œThe ‘Emirati Treasures’ initiative illustrates the importance of culture, literature, media and the arts for the UAE’s first five decades, alongside other aspects of the country’s progress. and provide crucial historical context, presenting them to a wider readership, â€he added.

Mouza Al Shamsi, Acting Executive Director of the Abu Dhabi Arabic Language Center and Director of the Abu Dhabi International Book Fair, said: â€œWe are delighted to announce this initiative at the International Book Fair in Abu Dhabi. ‘Abu Dhabi, especially since it coincides with the 50th anniversary of the United Arab Emirates. The selection of books will highlight the achievements of the UAE in various fields, characterized by scientific methodology, originality, precision and the ability to represent the Emirati community.

“Through ‘Emirati Treasures, we will strengthen the presence of Emirati culture in the digital space, making it more accessible for young people, and provide reliable sources for literary works that celebrate the achievements of the country,” said she added.

Organized by DCT Abu Dhabi and managed by the Abu Dhabi Arabic Language Center, this year’s edition of the Abu Dhabi International Book Fair, which will be held at the Abu Dhabi National Exhibition Center from May 23 to 29 , hosts over 800 exhibitors from 46 countries for a ‘hybrid’ program consisting of a variety of virtual events, as well as on-the-ground events and activities amid precautionary measures that will ensure a safe and cultural experience. pleasant for visitors.