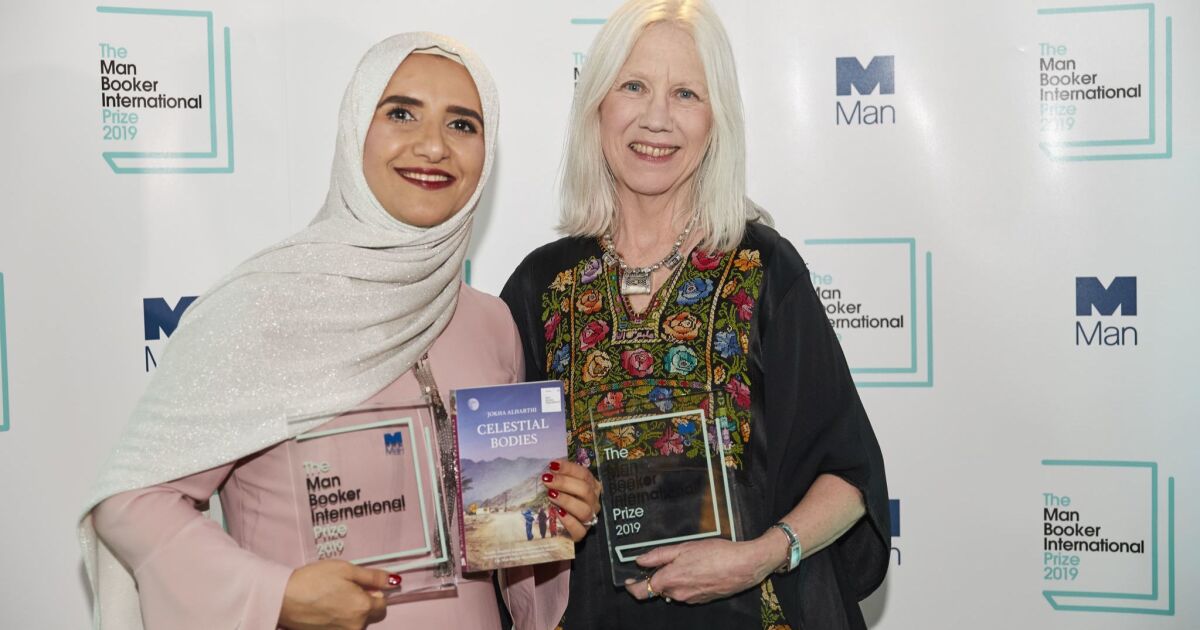 Jokha Alharthi and Marilyn Booth won the 2019 International Man Booker Prize for â€œHeavenly Bodies,â€ a coming-of-age novel written by Alharthi and translated from Arabic by Booth.

The organizers of the literary prize, awarded each year to a work of fiction translated into English, made the announcement on Tuesday.

Alharthi is the first Omani woman to have a novel translated into English and also the first Arabic language author to win the award.

â€œCelestial Bodiesâ€ tells the story of three sisters from the Omani village of Al Awafi who are direct witnesses of the political and social transition of their country. This is Alharthi’s third novel; she is also the author of two short stories and a children’s book.

Bettany Hughes, chairman of the jury that selected this year’s winner, called the novel “a book to win the head and the heart in equal measure.”

“Her delicate artistry draws us into a richly imagined community – opening up to grapple with deep questions of time and mortality and disturbing aspects of our shared history,” Hughes said in a statement. â€œThe translation is precise and lyrical, weaving in the cadences of both poetry and everyday discourse. “Heavenly bodies” evokes the forces which constrain us and those which free us. “

Other shortlisted books for this year’s award include â€œDrive Your Plow Over the Bones of the Deadâ€ by Olga Tokarczuk and â€œThe Shape of the Ruinsâ€ by Juan Gabriel VÃ¡squez.

This is the last year that the prize will be known as the Man Booker International Prize. In January, The Man Group, the London-based hedgefund that had sponsored the awards since 2002, announced it would no longer do so.