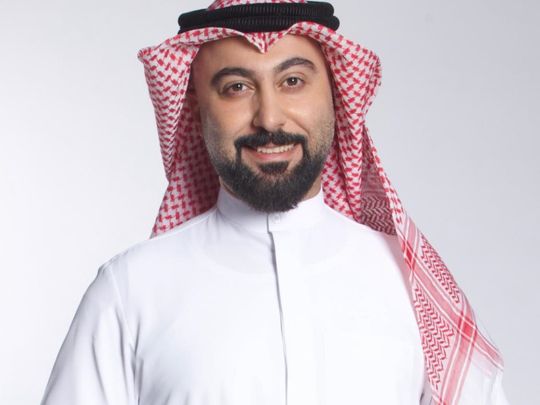 Dubai: If the Arabic language proficiency of several UAE residents has increased after this Ramadan, then many of them may want to thank “Inspector Fasih”, a language inspector on a popular TV show , played by Ayoub Yusif Al Ali, who is known among members of the Emirati community as the UAE’s “language corrector”.

Her voice has been heard on several TV and radio shows, commercials and events across the UAE. His voice has also been heard in thousands of calls to prayer across adhān. Yet, this Emirati man prefers to be known for his fluency in Arabic rather than his popular voice which he uses to promote the language.

“His Highness Sheikh Mohammed bin Rashid Al Maktoum, Vice President and Prime Minister of the United Arab Emirates and Ruler of Dubai, says our language needs initiatives, not conferences. And that’s exactly what I tried to do,” says Al Ali, recipient of Sheikh Mohammed’s UAE Pioneers Award in 2016 – the year of reading – for being the best social media personality to promote reading. in Arabic language. . Al Ali had won the Cairo World Cup for Business and Media 2016 for the TV program Lisan Al-Arab and for His Majestya radio program promoting the Arabic language.

Born in Dubai in 1981, Al Ali studied Civil Engineering at the Higher Schools of Technology in Dubai and graduated in 2002. In 2006, he graduated with a BA in Arabic Literature from the College of Islamic and Arab Studies. A year after graduating, Al Ali set up “Track One”, an audio production company. In 2010, he established the “Track One Media Training Centre”, where he works as a certified trainer for several training centers and in government departments such as the Dubai Municipality and the General Directorate of Residency and Foreign Affairs (GDRFA ) Dubai.

“In my early days, after graduating from university, I worked in the Department of Islamic Affairs and Charities in Dubai as a preacher and as an imam for Friday prayers. Thanks to Allah for giving me a beautiful voice, I also used to make the call to prayer (adhān) in the masjid,” he said in an interview with Gulf News. “But now I’m recording adhān for Eid or read short chapters of the Holy Quran and post on my Instagram account,” he said.

In 2014, he joined the Ministry of Interior at GDRFA Dubai as the Director of Corporate Communications and Marketing. “In 2016, I returned to Dubai Media Incorporated as a broadcaster on Sama Dubai TV and Noor Dubai Radio,” he added.

This Ramadan, Al Ali appeared as “Inspector Fasih”. The meaning of the word ‘Fasih’ is eloquent or flowing. As the name suggests, Inspector Fasih is a linguistic inspector who finds linguistic errors and corrects people in a dramatic and witty way, whether in daily conversations, meetings or other activities. Paying more attention to the vocabulary and structure of the Arabic language, the program featured some of the most important books and scholars of Arabic language and Arabic poetry.

Al Ali has presented many other radio broadcasts and specialized programs in the religious field, supporting the teaching of the Arabic language, health, family, economics and competition programs, the most important of which are: Investor, Noor science, Health Light, Live broadcast, On Ayoub’s Table, Marmas Al Noor, Holy month with Zuhair, After Tarawih, Al Manhal, Challenge Race, Her Majesty, Arabes Tongand Second lovers of Arabic.

“In my opinion, a person can always learn and will continue to learn regardless of age,” Al Ali said. Speaking of speaking, Al Ali graduated with an Executive Masters in Public Administration from the Mohammed Rashid School of Government Administration, in 2019, and is currently pursuing a PhD in Arabic.

No matter where he studied or worked, Al Ali’s native language remained his first love and he literally gave voice to the cause of promoting the language.

“I invested my voice as a presenter of official UAE events. I also worked as a voice actor in radio and television commercials for local and international organizations. He also wrote a book, think about it, which was published by Platinum Book Publishing House. The book explains the Arabic language and its importance and corrects linguistic errors. “I am working on finishing its second and third part soon,” Al Ali revealed.

Al Ali said: “First, because it is the language of our holy text, the Quran. Second, because of the importance of the Arabic language in Emirati society as a mirror of its identity.

He gave another reason. “To meet the needs of the community to improve Arabic by correcting misspellings and checking store and business notice boards to preserve the language and its identity, in addition to preserving the identity and the fundamental values ​​of the Emirates and to fight against foreign terms which affect the authenticity and the spirit of the Arabic language. No wonder Al Ali is also known as the “language corrector”.

“What motivates me to continue in this field is the dream I had during my university years, to create a project to spread the beauty of Arabic around the world and my heart continues to beat for my ” beloved Arabic language. This call within me has never subsided. I found myself trapped in a constant desire to develop my language skills.

He added: “My vision and my dream is to be a point of reference for the Arabic language and its study in my community. I support him and the various efforts and initiatives inside and outside the UAE, to preserve the language through social media platforms and various radio and television programs, dealing with the Arabic language and of its heritage.

“It is difficult to prevent the influence of Western ways of life in our country and to preserve our identity, our heritage and our language. Therefore, we must ensure that we can teach the beauty of our mother tongue to future generations.