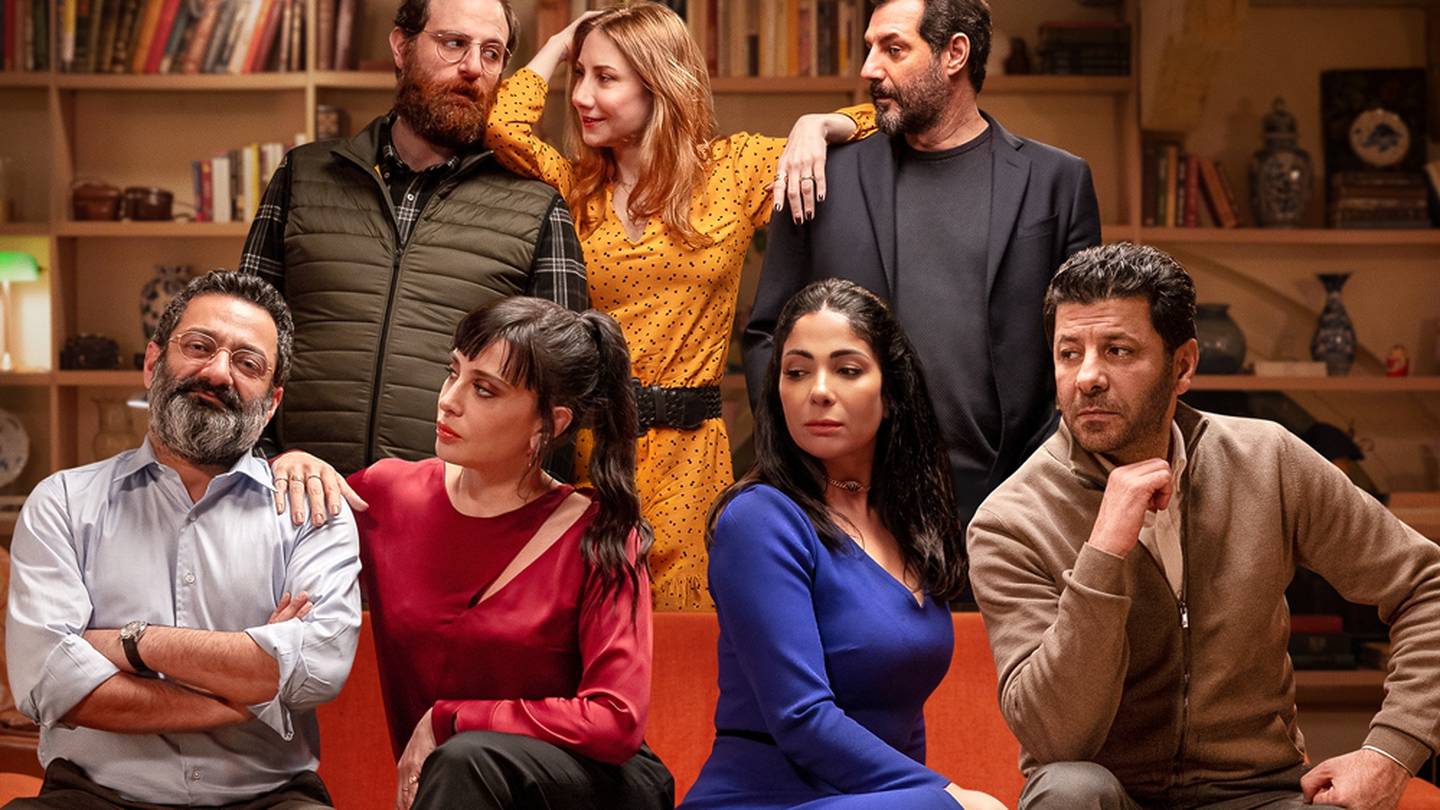 MP Mostafa Bakry said Ashab Wala A’az offended the morals of Egyptian society and called on the streaming site to face a boycott.

The film features some of the biggest stars of Arab cinema, including Egyptian actress Mona Zaki.

This was released on Netflix last week and was one of the hottest topics in Egypt on social media over the weekend, with thousands weighing in on both sides of the debate.

The film, a remake of the 2016 Italian film Perfect strangersproved divisive in conservative, Muslim-majority Egypt.

Its plot follows a group of close friends at a dinner party who decide to play a game.

They have to place their smartphone on a table and share every call, text and voicemail they receive with the rest of the group.

As the evening progresses, the players’ most intimate secrets are revealed.

One is in a same-sex relationship and another, played by Zaki, is having an extramarital affair.

Mr. Bakry objected to the band’s acceptance of the same-sex relationship and the fact that Zaki’s character’s husband made fun of his online banter.

In his complaint to the speaker of parliament, he said the portrayal of Arabs in the film was not in line with the moral code in Egypt, nor that of the region at large.

On Saturday, Mr Bakry phoned a popular talk show to criticize the film and call for Netflix to be blocked in Egypt.

One of the best lawyers in the country, Ayman Mahfouz, also opposed Ashab Wala A’az.

He publicly warned Culture Minister Enas Abdel Dayem that he would pursue his ministry to have the film removed from Egyptian channels.

Online, legions of people have spoken out against and in defense of the film.

Referring to a scene also highlighted by Mr. Bakry, in which a character lets his teenage daughter sleep at a male friend’s house, a Twitter user posting as Randa Ahmed wrote: “What kind of Arab father would allow his daughter to have sex so freely? This film bears no resemblance to Arab culture.

Zaki’s role as a sexually adventurous married woman in the film, a contrast to her usual portrayals of unassuming, quintessentially Egyptian characters, also seems to have upset many reviewers.

On Monday, the country’s actors guild issued a statement expressing its solidarity with Zaki and promised to support her against any legal action taken against her due to her role in the film.

“The guild also warns everyone not to target any of its members, simply because an artwork does not suit their personal tastes,” the statement read.

Zaki has yet to publicly comment on the ongoing controversy, though she has been sharing her fans’ defenses of the film on her Instagram Stories since Friday.

On the other hand, the film’s defenders have argued that because it was produced by Netflix, which is not Arabic, and does not specifically depict Egypt (the film is set in Lebanon), it does not there was no reason to attack him for not accurately representing the mores of the country.

“They’re looking for the ‘Egyptian’ in a Netflix-produced movie that only features one Egyptian actor? The majority of the cast and crew are non-Egyptians, the events are not set in Egypt. They better watch state TV – when has that ever disappointed someone’s Egyptianness? »