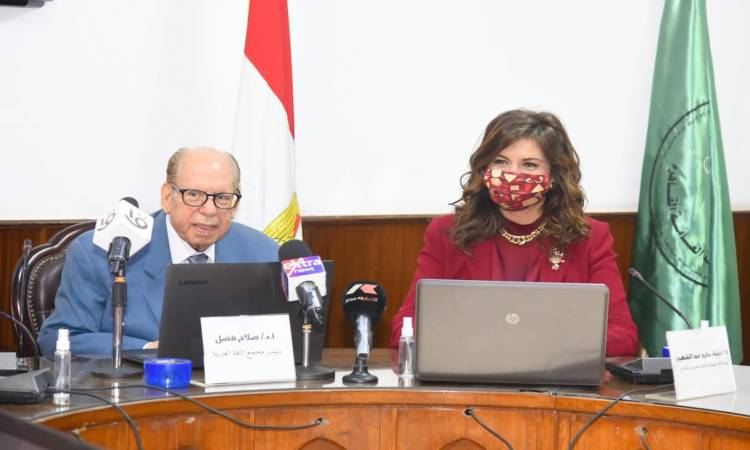 Egyptian Minister of State for Emigration and Egyptian Expatriate Affairs Nabila Makram announced on Tuesday that her ministry would launch an app to learn the Arabic language after the Eid Al-Fitr holiday.

Makram said that in cooperation with the Ministry of Education and Technical Education, the bid is part of the â€œSpeak in Arabicâ€ initiative to showcase Egyptian culture, history and language. .

The minister’s remarks were made during her participation in a conference on the presidential initiative “Speaking Arabic”, organized by the Academy of the Arabic language.

At the symposium, Makram added that this app targets not only Egyptians living abroad, but also Egyptian students studying in international schools.

She explained that the â€œSpeak in Arabicâ€ initiative aims to disseminate accurate information about Egypt, in addition to broadcasting important events in the country, including political, sporting, cultural and artistic events.

Makram claimed that his ministry organized camps for Egyptian children abroad to encourage them to speak Arabic. The camps also aimed to teach them about Egyptian customs and traditions, pointing out that the Ministry of Emigration and Egyptians Expatriate Abroad is constantly working to communicate with expatriate Egyptians.

Salah Fadl, president of the Academy of the Arabic Language, said the symposium aims to mobilize Egyptian minds, as the country’s expatriates are a major tool in the development process. This includes economic development, as well as intellectual, cultural, scientific and linguistic development.

He added that Egypt was at the forefront of the Enlightenment movement, with the academy playing a big role in this movement, affirming the importance of connecting Egyptians abroad with their homeland.

Fadl advised every Egyptian abroad to allocate a corner for Arabic books in their personal libraries, as these books will connect the second and third generation to the language and culture of their homeland.

The Egyptian Ministry of Emigration and Expatriate Affairs launched the â€œSpeak Arabicâ€ initiative three years ago under the auspices of President Abdel Fattah Al-Sisi. It aimed to strengthen the identity and belonging of the children of the second and third generations of Egyptians living abroad.

Al-Sisi commissioned the ministry to publish educational, informative and cultural content, broadcasting all current events to the children of Egyptians abroad. This includes all important events of politics, sport and culture, in order to provide correct information on the Egyptian question, as well as to remind national and religious events and their timing.

The initiative is seen as one of the national initiatives aimed at connecting Egyptians abroad with their homeland, teaching them the Arabic language and preserving their identity. It also aims to allow expatriate Egyptians to stay in touch with their heritage, customs, traditions and values.