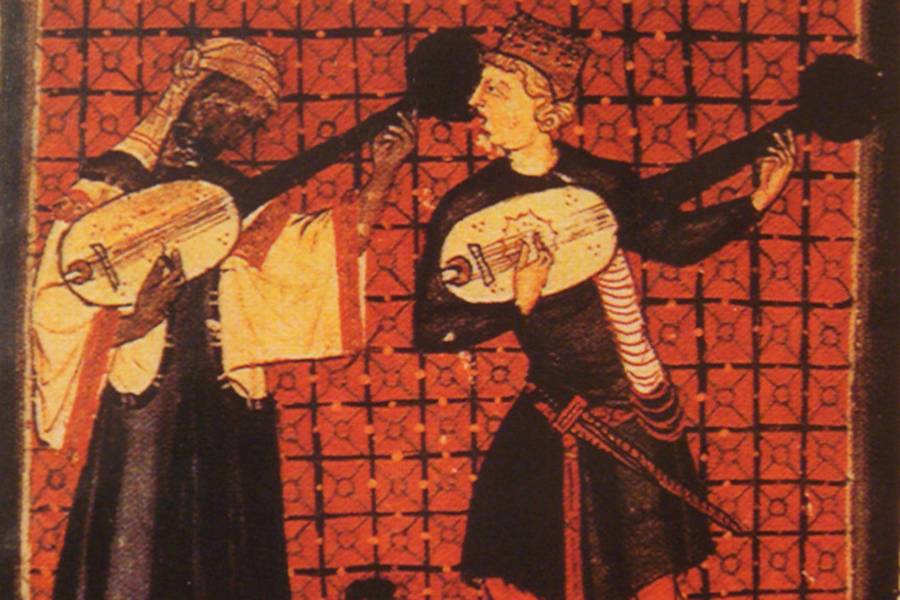 For two seasons, Marc Cudek, President of the Peabody Institute Early Music Department, included a concert of medieval Christian, Jewish and Arabic music in the program of their ensemble, the Peabody Consort. He called the program “Words and Music of the Three Religions” and its repertoire, the Cantigas of Santa Maria, Sephardic novels and Arabic improvisations – date back to the 13th century, when Alfonso X was king of the Castile and Leon regions of present-day Spain.

This era was known for its cultural and intellectual vitality. Alfonso employed Jewish and Muslim scholars at his court to translate Arabic and Hebrew texts into Castilian, such as that of Ibn al-Haytham. Universe configuration and other Arabic scientific works. He also had the Koran and Talmud translated into Castilian – which, given that the Jews (in 1492) and the Moors (at the beginning of the 16th century) were eventually expelled from Spain under threat of exile or death – is a sobering reminder of how much a state’s rule of law can change.

At the court of Alfonso X, however, the three religious groups coexisted, and sometimes they played music together. On March 6, Cudek and the Consort, which features guest artist Jeffrey Grabelle (bass viola da gamba), Peabody alumni Julie Bosworth (soprano), Brian kay (oud), Sara MacKimmie (soprano), Niccolo Seligmann (hurdy-gurdy), Sarah Lynn (soprano) and Aik Shin Tan (flute, recorders) and Cudek himself (on riq and doumbek percussion) present a special version of the “Words and Music of Three Faiths” program at the synagogue de rue Bolton in collaboration with the Institute of Islamic, Christian and Jewish Studies. The concert will include readings of Christian, Jewish and Muslim poetic texts by academics from the ICJS Heather miller rubens, Benjamin sax, and Homayra ziad.

The Hub met with Cudek by phone to discuss this version of “Words and Music for Three Faiths”, which he says will be the last performance in the repertoire until he takes Consort and this program to 2017. Indianapolis Early Music Festival.

How was this program born, both in terms of music and collaboration? Were you looking to partner with the Institute for Islamic, Christian and Jewish Studies and have you built the program around that effort?

The repertoire has been one of my favorite projects for a while. It’s the music that really appeals to me, and I’ve performed the musical parts of this show with the Peabody Consort for the past two seasons. I have been programming medieval and Sephardic music for years. Two of my alumni, Brian Kay and Niccolo Seligman, are part of an award-winning trio, Division, which does a lot of Arabic music. Brian graduated from Peabody with two lute degrees and is a fantastic oud player. And Niccolo plays any type of bowed string instrument. In this program, he plays a hurdy-gurdy, which is actually just the medieval version of what eventually turned into a violin. So I let them take control of the Arab whole.

Another alumna, Julie Bosworth, is an amazing singer and particularly adept at singing in the styles of early and world music. She’s been singing Sephardic music with me for about six years now and it’s so natural. The program is built around the three of them and with students present filling other roles.

I wanted to do “Three Faith” in a more fleshed out version and include readings from different cultures and Sarah Hoover, special assistant to [Peabody] Dean [Fred] Bronstein, made the link with the ICJS.

Legend: Mark Cudek (left), a member of the Peabody Faculty since 1982, founded the Peabody Consort in 1996. The group performs â€œWords and Music of Three Faithsâ€ on Sunday at the Bolton Street Synagogue in Baltimore.

Could you tell me a little more about the program – I understand the Cantigas of Santa Maria is a medieval religious text set to music. I ask because I’m curious what a former musician can tell me about these musical forms. With Catholics, Jews and Arabs living around each other at the court of Alfonso X, do their musical ideas – in instrumentation, rhythms, forms – influence each other?

Absolutely, but the problem is, there isn’t a lot of documentation on this. The other problem is that a lot of the music is not written, and what was written was often a kind of skeleton, especially the instrumental music. There are poetic forms that date back to the Arab world and are repeated in the West, as well as the instruments themselves – for example, the oud is the ancestor of the Western lute. So there is certainly a lot of cross-cultural influence.

The Christian music we make, the Cantigas of Santa Maria, comes from the court of Alphonse X. There are more than 400 cantigas and they are monophonic pieces, just melodies. The sheet music doesn’t give a single clue as to how to arrange this music so a lot of the decisions are left up to the performers which makes it really fun to do as there are so many different approaches you can take. In fact, if you get two records of Cantigas from two different groups, you will hear very different interpretations of the same song. There are no tempo marks and no instrumentation mentioned, although in the main source of the Cantigas there are miniature paintings of musicians of the three denominations and their instruments. So if anyone says it should be done vocally only without instruments, I think they’re barking in the wrong tree.

Forgive my ignorance, but with three different religious groups found in Alfonzo X’s backyard, was this kind of diversity unusual for the time in terms of music? Was this amount of variety found in early music from, say, the places we now call England, France or Germany?

I don’t think there was anywhere near the variety going on in the other countries that there was in the Iberian Peninsula. Even though it was more isolated, you have these three groups living together – not very often peacefully, but at least in Alfonso’s yard. Intellectuals were drawn regardless of their faith. He wanted knowledge and information and books written and translations made. He was a very wise ruler – as his name, El Sabio suggests – and clearly a great music lover.

What can we learn from the past through music? What can knowing the musical and cultural traditions of these different peoples from this particular period of history tell us about the way we live today?

Well, one is that people of different faiths can actually get along and share musical ideas and express themselves in really beautiful ways.

There are also many approaches to learning and making music. The Christian cantiga repertoire was the only written music, the other repertoires being from oral tradition. Jewish music was not written until the 20th century, and much of Arabic music to my knowledge has still not been written. We learned it by ear. We are therefore the first musicians to step back in time and use the learning and arrangement skills of classical, traditional, folk and jazz musicians.