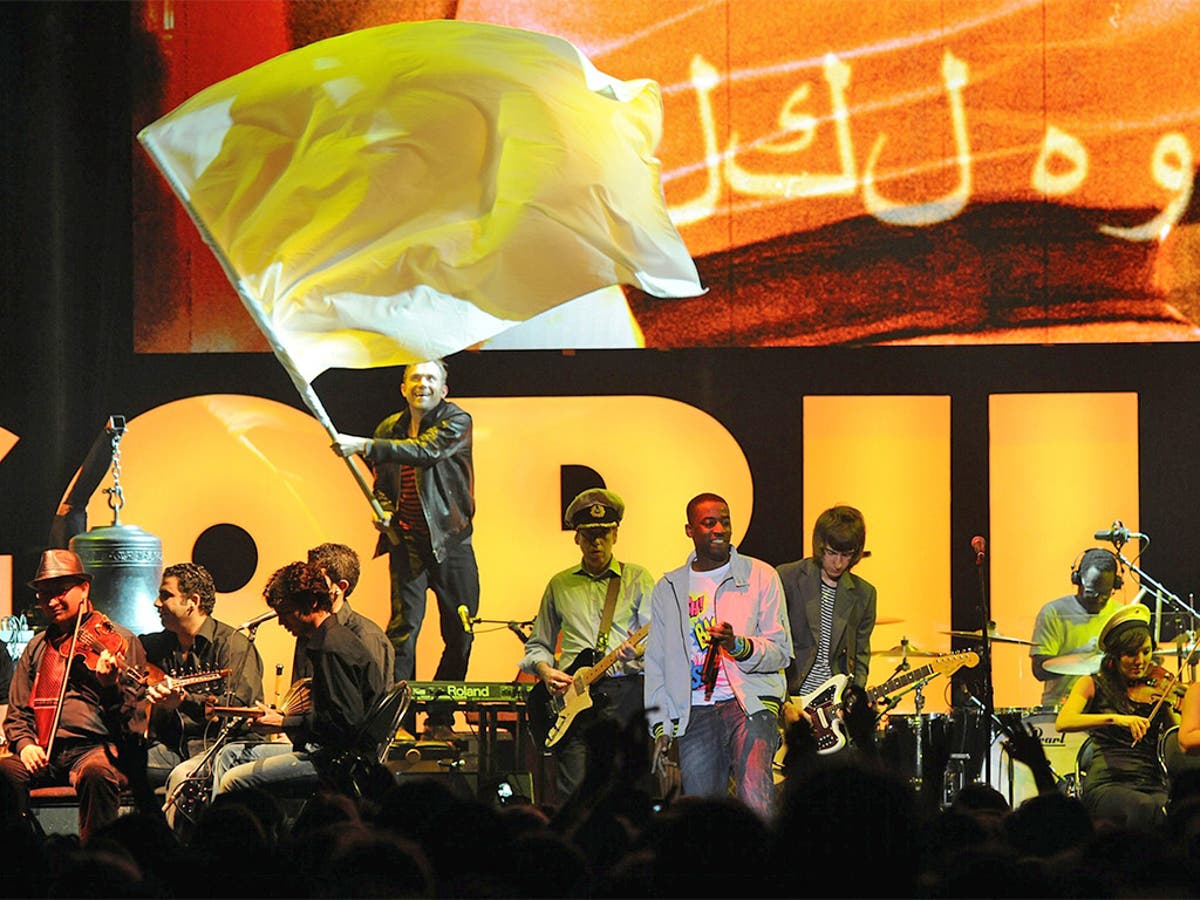 Syrian musicians scattered across the world by the civil war will perform for the first time since the conflict began in a British performance with longtime collaborator Damon Albarn.

The Syrian National Orchestra of Arab Music concert at London’s Southbank Center on June 25 is part of the major program to commemorate the centenary of the First World War.

Organizers hope it will present a positive reminder of the strength and joy of Syrian culture “at a time when the messages about Syria are so negative.”

The Blur frontman is currently chatting with the orchestra’s conductor, Issam Rafea, what they will be playing and who they will invite to perform. The concert will be orchestral music “with a strong Arab flavor,” organizers said.

Rafea, principal conductor since the orchestra turned professional in 2003, is currently in the United States seeking asylum, but remains in contact with many members.

Damon Albarn gets swept up on stage by security

The concert is presented by Africa Express, which brings together musicians from around the world, co-founded by Albarn and journalist Ian Birrell.

Mr Birrell said the organization hopes to bring around 35 of the orchestra’s 90 members to London, along with a 20-person choir. Most of the musicians are in Syria and neighboring countries, but eight are in Germany and others in the Netherlands, Sweden and Denmark. None are currently in the UK.

“It’s an organizational challenge,” Birrell said of trying to get them all together, and the first problem is getting a visa so they can all go to London. Some do not even have a passport because they had to flee their country of origin.

The Syrian orchestra first performed with Albarn in 2008, then collaborated on the track “White Flag” by another group of Blur frontman Gorillaz and performed together on tour.