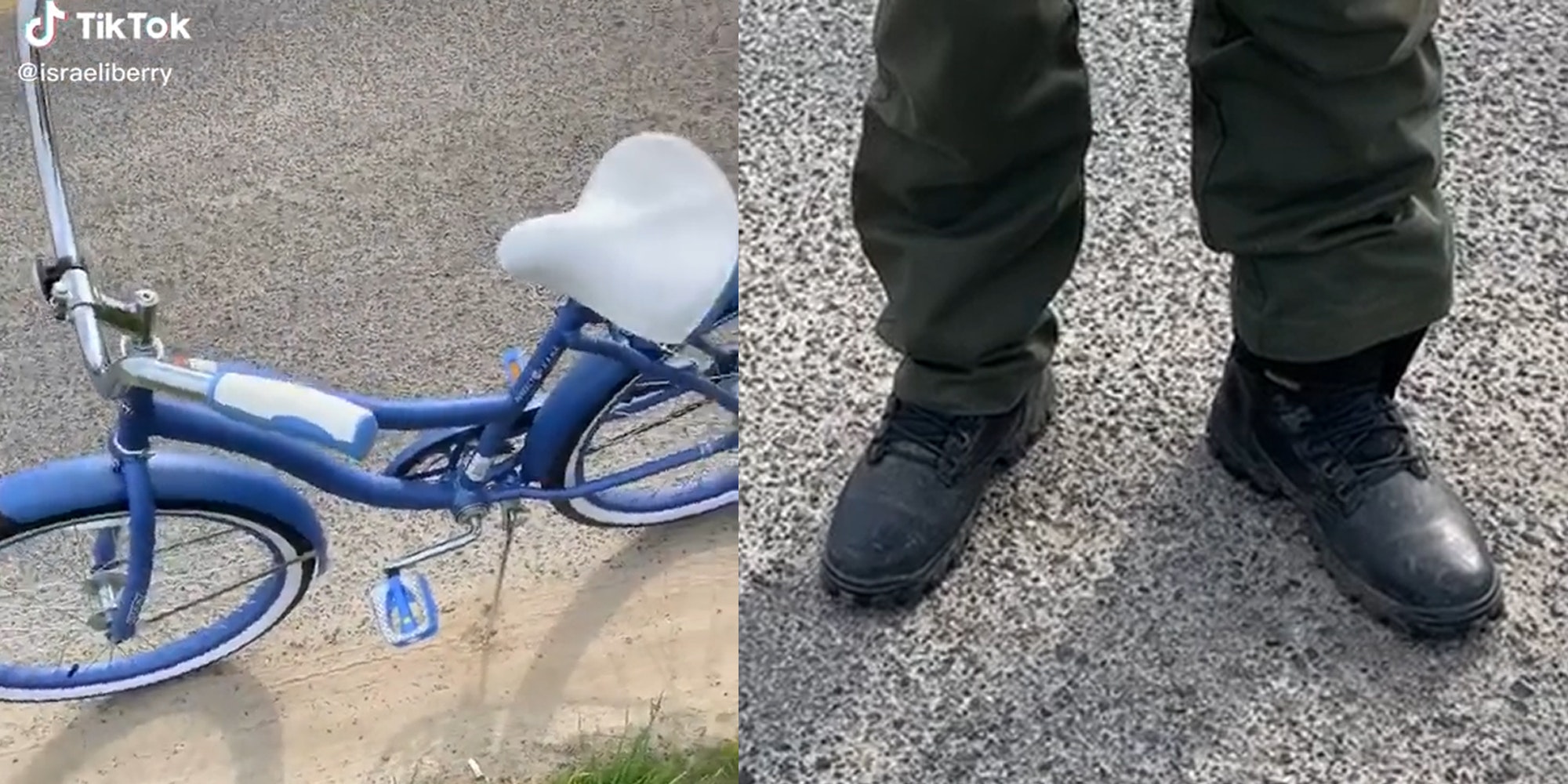 A viral video from TikToker captures the moment a police officer arrested him for playing Arabic music while cycling in a neighborhood.

TikToker @israeliberry documented his detention in a trio of videos he uploaded on Tuesday. They collectively gained over a million views and migrated to Reddit’s r / PublicFreakout page.

The first and most popular of the videos, captioned “This is what Arabic music gets you”, begins with a policeman asking @israeliberry, “Where are you going?” When he explains that he “just drives,” the cop questions him more aggressively.

“Why are all the neighbors pointing out to me saying they see you walking up and down the street all the time?” Asks the officer. “Where do you live?”

When the TikToker says he lives in Fresno, Calif., About 10 minutes from his current location in Easton, the cop tells him to get off his bike and put his phone down.

“Weapons or anything on you?” The cop asks at the start of the second video. â€œLet go of your phone. Don’t make me tell you anymore.

The cop turns @israeliberry around and puts his hands on his head. He then explains that he stopped him because â€œyou are cycling on the wrong side of the road, playing loud music. These are all violations of the California Vehicle Code. “

@israeliberry can be heard growling lightly as he complies with the cop’s orders to sit on the floor and cross his ankles. In the comments section, @israeliberry said: “He put the handcuffs on so tight that I still have cuts on my wrist.”

In the third video, the cop tells @israeliberry to hand him his phone. “Why am I arrested? @Israeliberry asks.

“You are not arrested,” said the officer. â€œYou are being held at the moment at a vehicle stop. Give me your phone.”

“My phone? For what reason?” @israeliberry asks.

“Because I told you,” said the officer. â€œI don’t know if you understand how it works, but you can go to jail and do all of this, or you can give me your phone. “

When @israeliberry asks if he can call his lawyer, the cop replies, â€œNo. You can’t call anyone. It is now a matter of security. Give me your phone.”

“I don’t think so,” @israeliberry told him.

â€œOK, so we’re going to have a problem. Get up, â€the cop said. The video ends with the camera moving as @israeliberry apparently takes off.

In comments for the third video, @israeliberry gave more context behind the incident.

â€œI was cycling on the road where they cultivated [fields] and he followed me for about 1/2 mile and a few turns, â€he wrote. “It was like an old western when I [passed] by the huge houses, everyone opens a door / window because I was playing [Palestinian pop singer Mohammed Assafâ€™s] â€œDammi Falastini. “

Several viewers pointed out that the officer potentially violated @israeliberry’s code Miranda’s rights by denying his request to call his lawyer, and they urged him to report the cop to the American Civil Liberties Union. (Police should read the Miranda warning when a suspect is in detention.) Many have also argued that the officer only wanted his phone to destroy evidence that he was acting out of line.

â€œToday’s Crime: Existing in a Way Someone Else Didn’t Like,â€ one viewer commented.

The best stories of today

Bryan Rolli is a journalist specializing in streaming entertainment. He writes on music and film for Forbes, Billboard and Austin American-Statesman. He met Flavor Flav at two separate bowling alleys in Las Vegas and still can’t stop talking about it.