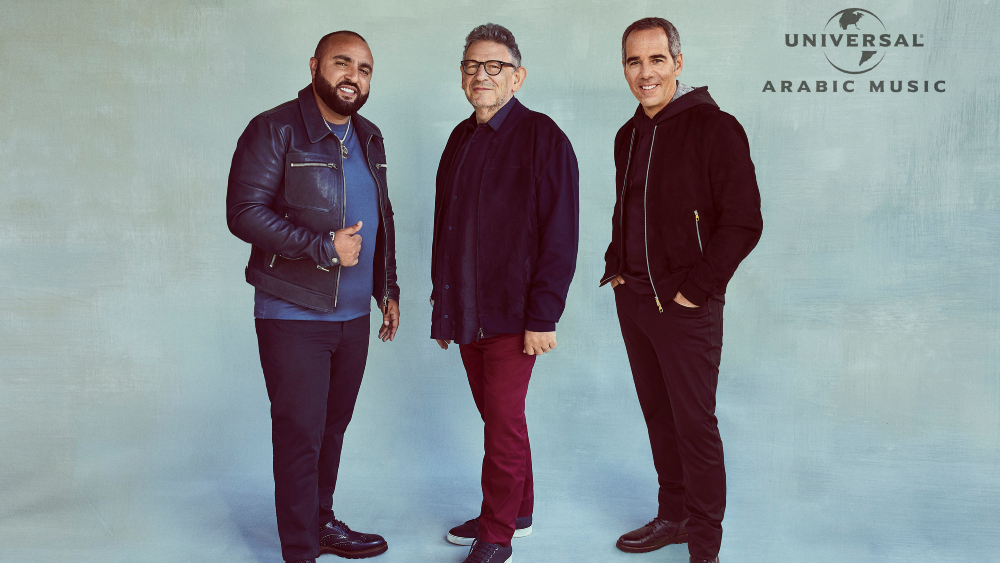 Universal Music Group announced the launch of Universal Arabic Music (UAM), a new label dedicated to discovering, introducing and defending the artists, sounds and rich musical culture of the Middle East region. and North Africa to audiences around the world. Republic Records and its parent company UMG founded the new label in partnership with Music Director Wassim “Sal” Slaiby (pictured above, left), which SalXCo manages on Weeknd, Doja Cat, Brandy, French Montana, Belly and others. .

The new label was unveiled today by UMG President / CEO Lucian Grainge (pictured above, center), Republic Records Founder and CEO Monte Lipman (above, right) and Slaiby, who will be the Founder and CEO of Universal Arabic Music, effective now. . Slaiby, originally from Lebanon, was appointed VarietyHitmakers Manager of the Year for 2020.

According to the announcement, UAM “will focus on elevating Arab music and artists to the forefront of popular music culture and help shine the global spotlight on the region’s next wave of artists and talent to break through. , while creating new opportunities to introduce Arabic music and culture to new partners, platforms and brands around the world.

UAM is building a team of experts who speak Arabic and have a deep understanding of Arabic music and culture. This team will be dedicated to Arabic music and will work alongside UMG labels in the United States, United Kingdom, Brazil, France, Germany, Australia, Mexico, as well as with existing operations of UMG. ‘UMG in the MENA region, to discover, sign and promote global Downhill artists from the Middle East and North Africa and bring them to fans around the world.

Setting the tone for the label’s goals, UAM marked the launch during National Arab-American Heritage Month with the signing of 17-year-old Jordanian singer / songwriter Issam Alnajjar, who has already topped Spotify’s Viral Global and US charts and the Shazam’s Top 200 Global Chart. with his first single “Hadal Ahbek”. Sal also discovered and developed 19-year-old Palestinian-Chilean singer and songwriter Elyanna, who first gained traction after posting covers on Soundcloud.

Grainge said, â€œIn today’s global music market, we’ve proven time and time again that global success comes from anywhere. There is so much talent in this part of the world that with Sal’s incredible experience and intimate knowledge of the MENA region, along with his roadmap to help break global artists, he will bring a vision, a strategy and a power unique to Universal Arabic Music. “

Lipman added, â€œSal’s clear vision and master plan for universal Arabic music will become a catalyst for Arabic music in the market. Its ability to identify, organize and deliver talent on a global scale remains a force of nature. The cultural significance of MENA music crossing borders and reaching all corners of the world is long overdue. “

Slaiby said, “It was my dream to showcase the talent and culture of Arab music globally with partners I trust and admire.”

More news on UAM signatures and next releases will be announced soon.